Things recently got hot for PSEG-Long Island.
On Aug. 19, Governor Andrew Cuomo said that the Department of Public Service (DPS) has completed the first phase of its investigation of utilities’ response to Tropical Storm Isaias on Aug. 4. As a result, the governor stated in a release, DPS has threatened to terminate PSEG-LI’s contract with the Long Island Power Authority (LIPA) “if the investigation deems it appropriate.”

The DPS also “called on PSEG LI to forfeit its 2020 incentive compensation of approximately $10 million as a first step and to use the proceeds toward compensating families and small businesses who lost food and medicine as a result of the extensive outages, and PSEG LI has agreed to do so.”

The investigation faulted PSEG-LI “for a failure of its outage management system, inaccurate communications and problems with its call center.”
The governor is proposing legislation to make it easier to strip a utility of its municipal franchise and seamlessly transfer its assets to a new operator.

On Aug. 20, The New York State Legislature scheduled a hearing in which the heads of the various utilities were to be questioned about their performance during the storm.
The Nassau County Legislature also got into the act. On Aug. 17, its Sandy Review Committee quizzed PSEG-LI President and Chief Operating Officer Dennis Eichhorn.
Alternate Deputy Presiding Officer Denise Ford (D–Long Beach), in a statement, said that “the purpose of this meeting will be to hear from PSEG’s management about how they prepared for Tropical Storm Isaias; their communication with residents; and how we can remedy any problems that occurred prior to any other severe weather events that may happen in the future.”

Legislator Josh Lafizan (D-Woodbury) asked Eichhorn, “What assurances can you give us today, on the record, that what happened won’t happen again?”
Eichhorn replied, “The only assurance I can give you is that we’re not happy with the communications, we’re not happy with the impact it had on our customers and your constituents. It’s not the level of service we expect to provide, and we’re going to fix it.”
He added, “We’re going to make sure that things are improved. There’s no hiding from the issues. We take full responsibility for what occurred. It wasn’t what we expected to happen. I think we performed well in other storms and we really have to get to the root cause here and make those improvements. There’s no denying it—the restorations and the communications was not acceptable.”

In a press conference after the hearing Eichhorn was asked if he would apologize to the taxpayers, He responded, “This experience that the customers had is not what we’re known for at PSEG. We take a lot of pride in satisfying our customers. The experience they went through we understand was frustrating. It’s something that we never want to repeat again, so we will be taking action to improve and get better.’
“Would you call this an apology to the people?” he was asked.
“Yes, we are very apologetic for the experience they had in this storm,” the utility president replied.

Quizzed at the legislative hearing about compensating customers for damages, Eichhorn said he would look into it.
The next day, PSEG-LI released a statement that it would reimburse “residential customers up to $250 for food spoilage and commercial customers up to $5,000 if their service was interrupted for 72 hours or more because of Tropical Storm Isaias. Food spoilage claims of $150 or less must include an itemized list. Food spoilage over $150 must include an itemized list and proof of loss (for example: cash register tapes, store or credit card receipts, canceled checks or photographs of spoiled items).” 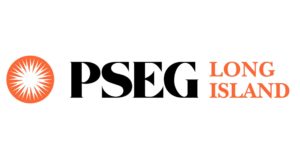 The utility will cover losses up to $300 for prescription medications that spoiled due to lack of refrigeration.
Proof must be furnished and the deadline is Sept. 16. PSEG-LI will not process claims over the phone.

The utility does not cover property damage or business losses caused by weather.

Visit www.psegliny.com to find out more and to download claim forms.