The oldest man to ever occupy the Oval Office hit the ground running. Metaphorically, of course.
Fulfilling a dream that began four decades ago, Democrat Joseph Robinette Biden Jr.. 78, was sworn in as the 46th chief executive on one of the most unusual Inauguration Days in the nation’s history. It came exactly two weeks after an unprecedented insurrection at the Capitol that many saw as a direct attack on our democracy. 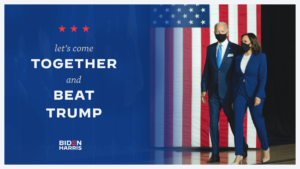 Wasting little time, the veteran pol spent much time during his first few days in the West Wing, signing a flurry of executive orders meant to reverse some of the decisions issued by President Donald Trump. Biden also unveiled an ambitious agenda to eradicate the coronavirus pandemic, prop up the ravaged economy, fight climate change and restore a sense of civility to the political discourse.

Political Is Local
Decisions made by Biden and agreements reached with the Congress will have an impact on the daily lives of New Yorkers and Long Islanders in particular.
First is the president’s ambitious plan to use the Defense Production Act to increase vaccine output and inoculate 100 million Americans in the first 100 days. Governor Andrew Cuomo warned last week that the state was running out of vaccines. Mass vaccinations will help open up the economy and restore normalcy to lives that have been upended by the pandemic lockdown.

It is known that Biden, and new Majority Leader Chuck Schumer (D-Brooklyn), want to restore the full state and local tax (SALT) deduction on federal taxes. Passed as part of Trump’s Tax Act of 2017, it limits SALT to $10,00 and hurts a large number of Long Island property owners.
The president’s $1.9 trillion COVID relief plan includes $350 billion in state and local government aid to partially restore the tax revenues affected by the lockdown.
Biden’s political philosophy has always included a large dose of bipartisanship and cooperation.

Rep. Andrew Garbarino, representing the 2nd District that straddles Nassau and Suffolk counties, and 16 of his House Republican freshmen colleagues sent a letter to Biden “pledging to work together on behalf of the American people.”
“After two impeachments, lengthy inter-branch investigations, and, most recently, the horrific attack on our nation’s capital, it is clear that the partisan divide between Democrats and Republicans does not serve a single American,” they wrote. “Americans are tired of the partisan gridlock and simply want to see leaders from both sides of the aisle work on issues important to American families, workers, and businesses.”

The GOP freshmen identified bipartisan issues they could work on with the president, “including protecting Americans with pre-existing conditions, strengthening and modernizing infrastructure, and restoring the economy in the aftermath of the coronavirus pandemic.”

Local Pols React
U.S. Representative Kathleen Rice, who represents New York in its 4th Congressional District, said that the inauguration of Biden and Vice President Kamala Harris will be forever remembered as a historic day.
“Joe Biden has assumed office having won more votes than anyone ever elected President of the United States,” she said in a statement. “And as the first female, Black, and Indian-American Vice President in American history, Kamala Harris has become a symbol of hope and inspiration to so many across this country. But I hope today will also be remembered as a turning point. I hope it is the start of a new era in Washington where we finally put the politics of hate and division behind us. I hope it is when we can begin to heal and come together once again.”

Rice continued to say that she’s confident that the Biden administration will do all it can to unify the country.
“They will lead with dignity and work to represent all Americans,” she said. “I look forward to working with their new administration to finally end this pandemic, rebuild our economy and deliver on our collective promises to the American people.”

In a statement, Democratic Congressman Tom Suozzi of the 3rd District said, “President Joe Biden is exactly the person we need right now at this time in American history. The country is divided and has been through a trauma. Joe Biden will bridge our divide and work to heal our nation. He can and he will bring us together because he knows the politics, he knows the policy, and he knows the people.”
With the Democrats assuming control of the Senate, Schumer became the first majority leader from New York State.

In a press release, the senator said that the COVID rescue plan laid out by Biden “could deliver more than $50 billion in direct relief to the state in the form of unemployment benefits, direct cash payments to struggling families, critical dollars to keep small businesses and nonprofits afloat, as well as vaccine dollars, transit relief, state and local funds and more.”

In his maiden speech as majority leader, Schumer pledged an activist agenda in working together with the new president.
“This Senate will address the challenges our country faces, head on and without delay. Not with timid solutions but with boldness and courage,” Schumer asserted. “This Senate will tackle the perils of the moment: a once-in-a-generation health and economic crisis. And it will strive to make progress on generations-long struggle for racial justice, economic justice, equality of opportunity and equality under the law. And make no mistake: this Senate will forcefully, relentlessly, and urgently address the greatest threat to this country and to our planet—climate change.”

He added, “This Senate will legislate. It will be active, responsive, energetic, and bold.”
In a press conference on Jan. 22, Suozzi touted his vice-chairmanship of the bipartisan Problem Solvers Caucus, made up of 28 members from each party, as a vehicle for cooperation.
Replying to a question, Suozzi asserted that the Caucus will be a factor during the first 100 days of the Biden administration.
“We played a big role when we got the pandemic deal done,” he pointed out. “And that was really started with the Problem Solvers, which is now 28 Democrats and 28 Republicans. We laid a package in conjunction with the senators we’ve been working with. We proved it worked and people know it works. It helped us get over the finish line. There’s not always going to be enough leeway among Democrats to get things done, so we have to reach across party lines. And we should do that anyway.”

Suozzi added, “It’s not easy. It’s not a matter of ‘Can’t you guys sit down and work it out?’ That doesn’t happen because everybody is pandering to their base and worried about their primaries. And the commonsensical idea of talking to each other and working through problems is not easy to do, even more difficult in this environment of people voting for the objections [to the Electoral College outcome in different states]. But I’m committed to that and I’m going to keep on doing that.”