Victoria Guglielmo is a super-achiever. What else would you call the Mount Saint Mary College alum who is a first-generation university student who recently graduated with a criminology/Hispanic Studies double major/art minor, was one of the initial graduates from the Mount’s nascent criminology program and is set to head off for a two-year Peace Corps stint teaching English to middle-school age children?

Guglielmo was supposed to depart for Costa Rica on July 7, but the pandemic’s effect has put these plans in a holding pattern. In the meantime, the Farmingdale native is working at a local supermarket while contemplating her next move. It’s a temporary pause following a four-year college stint that found the Plainedge High School alum leaving her mark on the Mount via a number of decisions that started off with her first major.
“I initially chose to major in criminology because it was unique,” she explained. “I was interested in the criminal justice system, but also wanted to know more about the victims, society’s reactions [to crime], and why people commit deviant behavior. Criminology allows you to explore all of these options.” 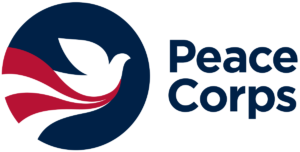 Thanks to a long-standing passion for the Spanish language that started with her taking courses in the language as a sixth grader, Guglielmo soon added Hispanic Studies as a second major.
“Once [Spanish] became optional in ninth grade, I absolutely wanted to sign up for those courses,” she said. “It was something I enjoyed and it didn’t feel like a class to me. I loved all my Spanish teachers in high school and they made learning enjoyable. That kind of passion just grew. I incorporated it when I got to college. I wanted to continue taking college Spanish classes. I was talking to one of my professors at the Mount, Kate Burmon, and she said I could add another major or minor. That’s when it hit me that I could potentially be a double major and could incorporate criminology into Hispanic studies.”

Her love of Hispanic culture found Guglielmo voluntarily teaching English as a Second Language (ESL) classes to non-native adult speakers at the Newburgh Armory on Saturdays from her sophomore through senior year. This extra-curricular activity led to her applying to the Peace Corps.
“I really enjoyed seeing the students come in and make progress as they’d come in and learn new words,” she recalled. “That’s what really inspired me to want to keep doing this, teaching people English and helping them out along the way. The Armory was more of adult learners and in the Peace Corps I’d be teaching middle schoolers. It’s the same idea that you’re impacting somebody’s life.”

Studying abroad was also something Guglielmo had always dreamed of and was encouraged to do by Burmon. The decision was made once Guglielmo found out she could meet half the requirements for her Hispanic Studies major by spending a semester in Granada, Spain. Burmon wasn’t surprised by her student’s resolve in going down this path.
“While Tori has numerous qualities that make her a phenomenal student—intellectual curiosity, dedication, adaptability—her qualities as a human truly make her stand out,” she said. “Tori brings with her an infectious exuberance, even when feeling trepidation facing an especially difficult challenge. She tackles life with a smile.”

Not surprisingly, Guglielmo took the path less traveled for her Iberian experience. She stayed with a host family that spoke no English, most of her professors could only communicate in Spanish and she volunteered at a nursing home whose patients could only spoke Spanish. Despite all these obstacles, Guglielmo felt it was part of why she pursued a second major in the first place.
“My favorite part of being a Hispanic Studies major is the opportunities for students outside of the classroom,” she said. “For me, these included teaching an English as a Second Language class and spending a semester abroad in Granada, Spain. I didn’t initially think I could be a Spanish major because my grammar isn’t perfect and I’m not completely fluent. But as my journey progressed at the Mount, I realized that it’s not about that. It’s just about being comfortable, putting yourself out there and gaining a sense of confidence in order to be successful. [That experience] allowed me to grow both as a person and a Spanish speaker.” 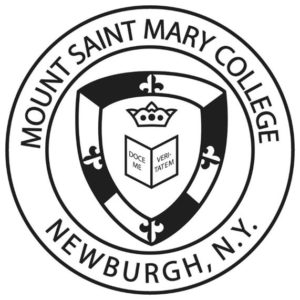 With such a full course schedule, it would have been understandable if Guglielmo had focused solely on her academics. Guglielmo’s dedication and passion led to her becoming the founder and president of the First in Family Network, a campus club that helps prepare other first-generation college students for the rigors of college life. She was also a student ambassador and orientation leader for the college’s admissions office; she was named a member of both the of the Criminology (Chi Rho Iota) and Hispanic Studies (Sigma Delta Pi) honor societies and was a Dominican Scholar of Hope. Her drive and determination left quite an impression on Associate Professor of Spanish Victor Azuaje, who Guglielmo credits with “…pushing me out of my comfort zones and showing me that it was possible for me to do things I never thought I could.”
“Victoria is the student who accepts challenges not only to improve as a person, but also to help the community,” Azuaje said. “She had a longterm vision about what is important. Do I need to add that she received the Mount Language Award? I told Victoria that I’ll support her beyond college because of her courage, performance and dedication. And I of course will keep that promise.”