A triumph, yes, but too many lives have been lost to the scourge of opioids for politicians to take a victory lap. Instead, they have the satisfaction of knowing that the same companies who fueled the overdose epidemic will now finance the means to control it.
On July 20, the same day New York State Attorney General Leticia James, in Albany, was announcing a $1.1 billion dollar agreement with three pharmaceutical distributors, Nassau County Executive Laura Curran and her Suffolk County counterpart, Steve Bellone, were at the John P. Cohalan Court Complex in Central Islip to spread the same news. After all, the lawsuit initiated by the state and the two counties set the stage for the settlements, which Curran said will bring more than $115 million into the county treasury for drug treatment and prevention efforts.

The following day, James unveiled a proposed $26 billion global settlement that would be distributed across the nation.
The development is reminiscent of the late 1990s tobacco settlement, which resulted in cigarette manufacturers paying hundreds of billions to the states to cover the costs of treatment for the cancers and heart disease that their products had caused over the decades.

According to Curran, the $115 million will come from drug distributors AmerisourceBergen, Cardinal Health and McKesson, along with Johnson & Johnson and four chain pharmacies—Walgreens, Walmart, CVS and Rite Aid.
“Before Nassau went to trial, I made a promise that we would make these companies pay,” Curran said. “While no amount of money will replace the countless lives that have been affected, we can save future lives by expanding our support network and increasing funding for mental health and addiction programs, along with prevention efforts.”
The executive credited the partnership with Suffolk County, the work of acting County Attorney John Chiara, “as well as the dedication and persistence of our outside counsel, the law firm of Napoli Shkolnik.” 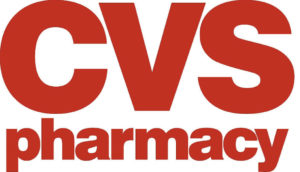 Curran noted that the pandemic and the opioid crisis are “things that know no boundaries and respect no borders. I think today’s announcement really proves that if you have good intentions and you have excellent partners and you keep on really pushing, you could get very positive outcomes that will improve people’s lives.”
She added, “I want to start by thanking Attorney General Tish James for helping Long Island reach this record settlement agreement and I want to thank her for her tremendous advocacy and keeping us posted as this whole thing went along.”

By terms of the agreement, Curran related, “I can also say with some pride that Long Island has paved the way for the rest of the country in these lawsuits. Thanks to our efforts [companies] will be required to make important changes in their conduct, and that will save lives. This includes the creation of a clearinghouse through which the distributors will be required to account not only for their shipments, but the shipments of the other distributors in order to detect, stop and report suspicious orders. No longer can distributors skirt the law by saying once it leaves their factories, it’s out of their hands and they are no longer responsible.”

According to a press release, “For the first time ever, drug distributors will be held accountable for their shipments and be required to collect data, set shipment limits and follow patterns and trends in customer data to evaluate whether their products are being abused.”
Nassau County will be part of a 17-member National Enforcement Committee, “responsible for overseeing negotiations, outreach and implementation of a potential National Global Settlement.” 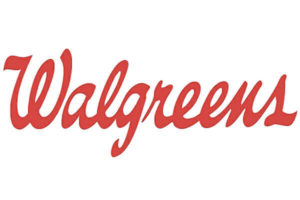 The counties and the state are still in court against drug manufacturers Teva Pharmaceutical Industries, Allergan PLC, Endo International and Anda Pharmaceutical Products.
“We have confidence in the judicial system and are very optimistic we will hold these companies responsible at trial,” Curran said. “We know that no amount of money will replace people who we have lost or will totally cure that heartache. We want to make sure we have enough funding for mental health, for prevention treatment, for education and also supporting the communities that have been hardest hit by the epidemic of drugs and opioids here on Long Island. Now we can renew our vigor with a little extra money and keep doing what we have to do to keep our residents safe.”

New York State County Executives Association President Marcus Molinaro of Westchester County said in a statement, “New York’s county executives were proud to work in collaboration with Attorney General Letitia James to pass legislation creating an Opioid Settlement Fund to ensure those most responsible for plunging us into this crisis, and not local taxpayers, pay for treatment, recovery and abatement efforts critical to defeating this deadly scourge. I commend County Executives Steve Bellone and Laura Curran for blazing the trail and bringing forth these lawsuits on behalf of the other 55 counties and the City of New York. Suffolk and Nassau were two of the [counties] hardest hit by this public health crisis and it was their leadership and commitment to securing justice on behalf of the victims that made today’s settlement possible.”

It is expected that the Nassau Legislature will approve this settlement, as it approved a previous one last month. In a press release from the Republican Majority, it noted that “money from settlements will be placed into a special revenue fund, created by Majority legislators, that will make sure every dollar received in these settlements will go towards prevention, treatment and education for the opioid epidemic.”
“By approving these settlements and creating this special revenue fund, we will ensure that every dollar coming from these settlements goes to the people that need it most,” Leg. Bill Gaylor (R–Lynbrook) said. “We will continue to take meaningful action to end the heroin and opioid abuse epidemic in Nassau County.”

In a press conference earlier this year, Curran and Police Commissioner Patrick Ryder admitted that the battle against opioid addiction had been stymied by the pandemic. The Centers for Disease Control and Prevention (CDC) recently announced that overdose deaths reached a record 93,000 in the United States in 2020, in no small measure due to the pandemic.