The Anton Media Group staff went wild with awards this year. Overall, our dedicated newspaper staff, both in the editorial and production departments, captured 22 awards from work published in 2019.
The New York Press Association (NYPA) awards and Press Club of Long Island (PCLI) awards were each pushed back to the summer months due to the coronavirus pandemic. However, it was a case of “better late than never.” 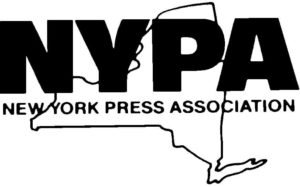 One of the top prizes in PCLI went to Mike Adams, who won the Best Sports Feature for “Mikey The Mighty” in our special sports pullout. Both first and second place for Best Infographic at PCLI went to Bongiorno, who designed a spectacular layout in the Garden City Life with editor Dave Gil de Rubio.

Legendary columnist Paul DiSclafani picked up a NYPA award as one of the best humor columns in the state, coming home in third place. He won for his column entitled, “Long Island Living.” He added this to a pair of PCLI awards he won. His column came in second place in the “column” category and the column “My Stupid House” came in third in the Humor category.
Kimberly Dijkstra finished in third place for the NYPA award in Best Editorial, as well as taking home an honorable mention. She also finished second place in Best Travel Article
for PCLI.
Gil de Rubio dominated the awards, finishing second place in Best Coverage of the Arts for “Piano Playing Prodigal Son” in Long Island Weekly, plus winning Best Graphic Illustration with Bongiorno.
Wolkin and Alex Nuñez won second place in the NYPA Best Automotive Special Section for the 2019 Auto Guide previewing the New York International Auto Show. Nuñez won the PCLI award for Best Magazine Cover design and earned an honorable mention for Best Special Section/Glossy.

Angela Anton, publisher of Anton Media Group, is ecstatic about the awards and the hard work of her staff.
“It’s great to see that our hard work and dedication to our local readership is paying off,” she said. “Congratulations to our award-winning writers and production staff who continue to set the standard on Long Island and in New York.”